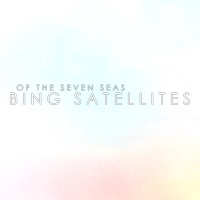 An album of quiet songs performed on piano, ebow, synths and android phone using a couple of different looping systems.

These songs are in part inspired by Tristan Da Cunha, the most remote inhabited island in the world. It can only be reached by a seven day boat journey. I find the idea of peace and quiet and isolation appealing but this place goes beyond anything you can imagine - a tiny volcanic island thousands of miles from anything... anything!

The first five songs were recorded for Album In A Day volume 8 and indeed, versions of the first three tracks appeared on that album. Some other tracks were originally intended to be released on a Soothing Images album but many of those recordings were plundered for other projects. The ones included here seemed to fit quite well with the atmosphere I wanted.

While the people of Tristan Da Cunha in some ways lead an idyllic life, they must work hard and be very self-reliant. They are at the mercy of nature - occasional extreme weather, illness and living on a volcano. I find it fascinating.

There are no comments to display.